During the late 1800s, many Hungarians immigrated to and established themselves in Cleveland, Ohio. The Cleveland Catholic Diocese recommended that the Hungarians and neighboring Slovaks build a church together, which resulted in a church being built.  However, complications arose between the two communities and the Hungarians insisted on their need for a Hungarian priest to head a separate Hungarian parish. Bishop Ignatius F. Horstmann made a request in early 1892 to Archbishop Vaszary, who sent Rev. Károly Bőhm to Cleveland, Ohio.

Fr. Charles Boehm was the first officially designated Hungarian Catholic priest in the United States, arrived in Cleveland on Dec. 1, 1892. Ten days after his arrival, Fr. Boehm established St. Elizabeth of Hungary parish, when he celebrated Mass in the chapel of St. Joseph Orphenege, at the corner of Woodland and E. 66th. And by September 8 1893, the first church building was completed. In the same year of 1893, St. Elizabeth School was built and opened with an enrollment of 70 student. In 1894, Fr. Boehm was the first pastor in North America who started to publish a church bulletin. He intended the bulletin not only for his parishioners, but as a way to communicate with Hungarians throughout the United States.

Fr. Julius Szepessy in 1907 became the second pastor of St. Elizabeth church. Fr. Boehm started and Fr Szepessy continued the planning for a larger church. It was first necessary to build a larger church, because of the growth of the parish. The school increased vastly in size: 1114 children were taught by 14 teachers, 13 of them nuns. Just as an example of the growth of the parish, there were 455 baptism, 108 marriages and 206 burials in 1918.   For the new church building the cornerstone was laid by Sept. 15, 1918, and the construction was completed on Feb.19, 1922. In the same year, 1922 in December Fr. Szepessy died.

After Fr. Szepessy’s death, in 1923 Fr. Boehm returned to St. Elizabeth church and remained an active pastor until 1927, when he retired and became a pastor emeritus. 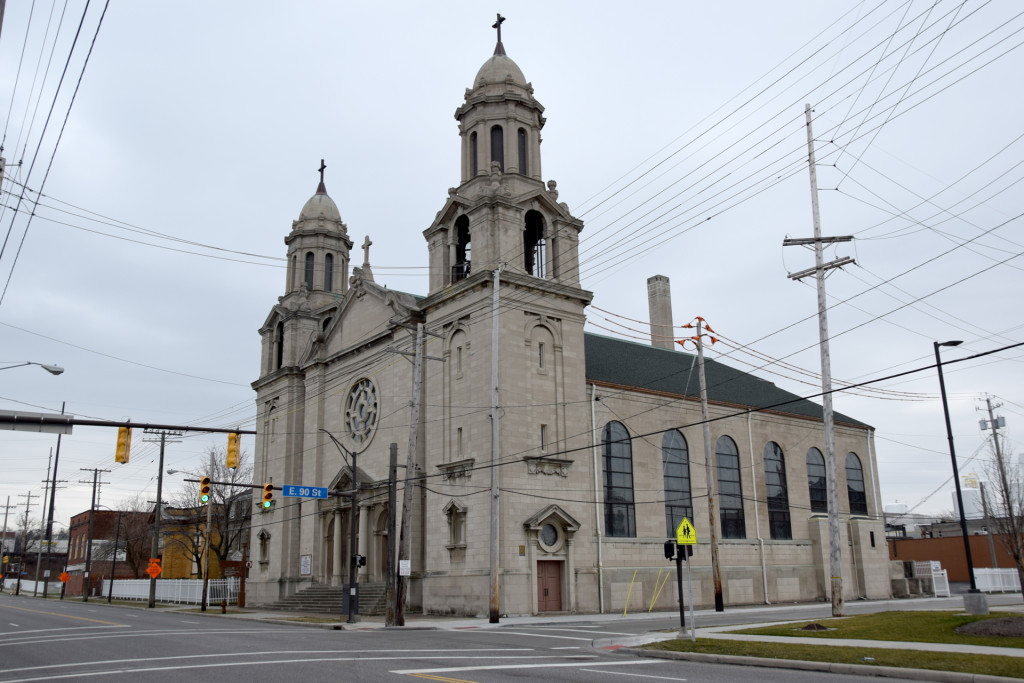 Fr. Árpád Imre Tanos became the third pastor of St. Elizabeth of Hungary Parish in 1927 and spent 44 years leading the parish. His pastorate spanned a period of difficult economic times and hardships from the Great Depression of 1929 through the Second World War. However, his enthusiasm and prior leadership experiences helped him deal whit these challenges in the life of the parish. In this time St. Elizabeth Parish turned more into an American-Hungarian parish rather then an immigrant one. Msgr. Tanos retired on December 1, 1970 and he died in 1975.

Fr. Gyula Záhorszky was named as administrator by Bishop Isseman, and on March 18, 1973 he was named pastor. In 1975, Fr. Zahorszky was responsible for introducing the new Liturgy of the Mass. It was during his tenure that the church was designated a historical place and it was placed on the National Register of Historical Places in United States. Fr. Julius Zahorszky retired on June 30, 1977.

Fr. John Nyeste became fifth pastor of St. St Elizabeth parish on July 1, 1977. By this time, the neighborhood surrounding, the parish had changed and declined dramatically. The area had a high level of crime and the remaining houses were dilapidated. Fr. Nyeste died in a relatively young age of 62 on May 19, 1987.

Fr. Andras Antal sixth and present pastor was appointed by Bishop Anthony M. Pilla on April 18, 1988. He came from Transylvania (now part of Romania) where he had learned what it meant to struggle for continued existence and what to do to survive. Fr. Antal’s first challenge was to prepare the church for the 100th Jubilee celebration of the founding of the parish. Preparations began with renovation of the rectory and then were followed by the church. The main celebration of the Centennial Jubilee of the Church took place on April 25, 1993. And as the 110th Jubilee anniversary neared, more work to repair and maintain the church was undertaken. The 110th Jubilee celebration was on November 17, 2002. The Mass was celebrated by the newly appointed Auxiliary Bishop, Roger Gries, OSB, who was also the guest speaker at celebration.

With the collapse of communism and the political changes in Europe during the 1990s, Hungarian families from Hungary, Transylvania and other areas came to America and Cleveland, Ohio. Many of these families were choose St. Elizabeth Church as their new spiritual home as they started their new lives in America. Once again, St. Elizabeth Church can rejoice in having children who celebrate First Holy Communions and Confirmations at the church. We are happy that the newly arrived families from Europe have found a home at our church. All of this gives us renewed hope, that the parish will continue to prosper as it serves its parishioners and gives glory and honor to God.

Confessions before Mass or after the Mass, by request.

Pastoral visit to the homebound upon the request of the family.